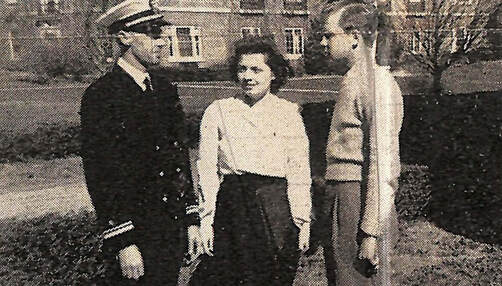 Student life at dana in the early 1940s

Ed Hansen was a member of the The Word theater troupe. His scrapbook photos from his years at Dana College and Trinity Seminary in the early 1940s show the daily life of a student with friends, outings, parties, family visits, dorm life, choir, sports and studying.

Articles and notes from the student newspaper Hermes show the progress of the war from the first students leaving the college to students returning to resume their studies after the war. Publishing their letters and mailing addresses, Hermes encouraged readers to correspond with student and alumni service members. Hermes also contained ads encouraging readers to support the war effort by buying war bonds and war stamps. The newspaper also reported on missing, captured and killed alumni. 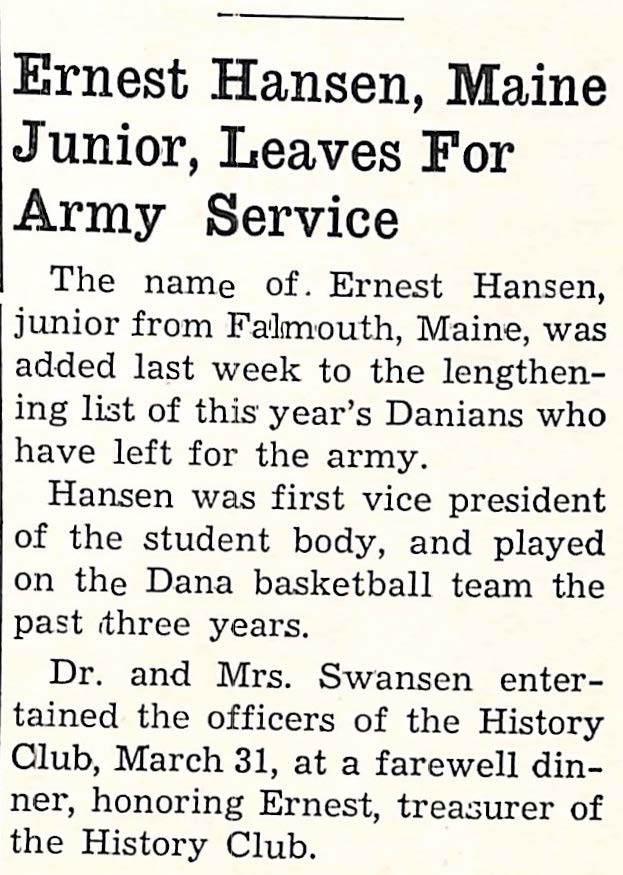 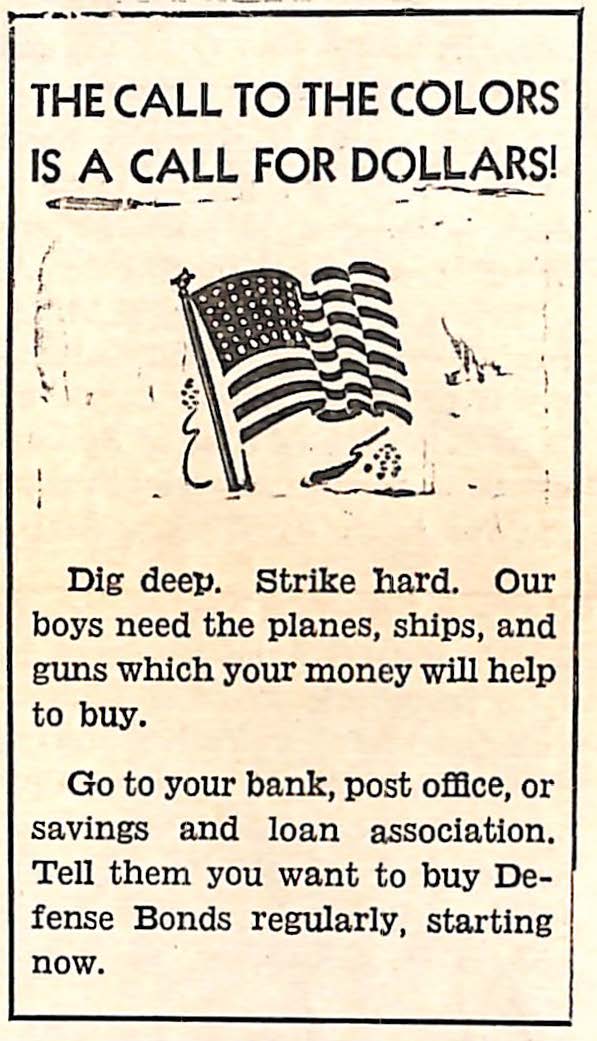 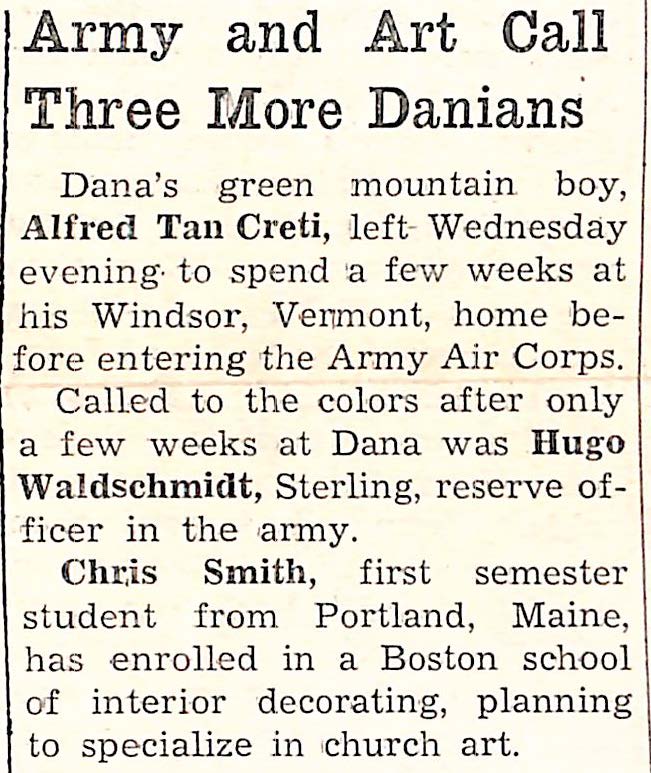 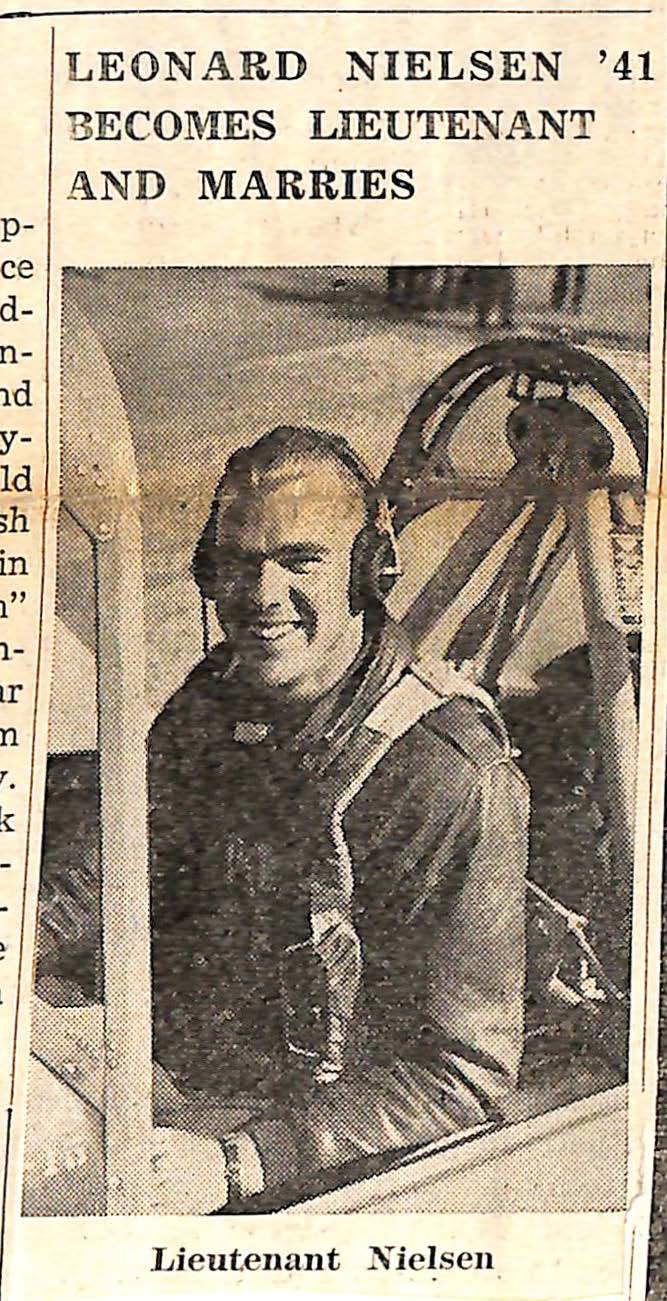 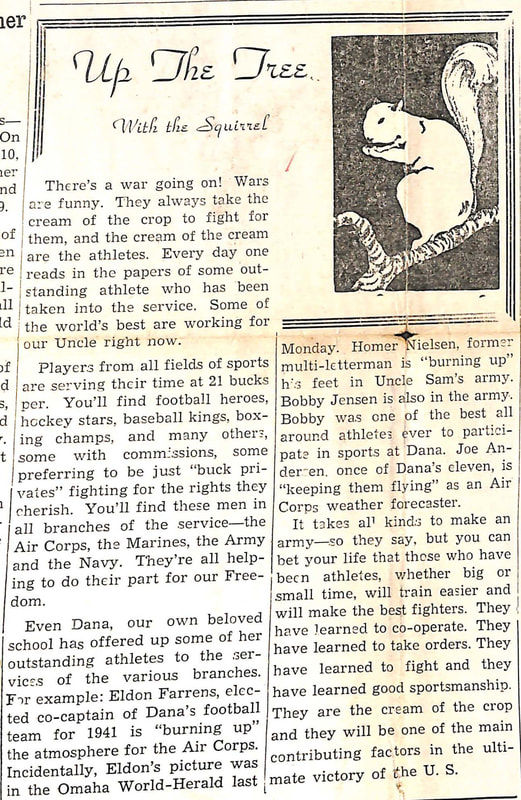 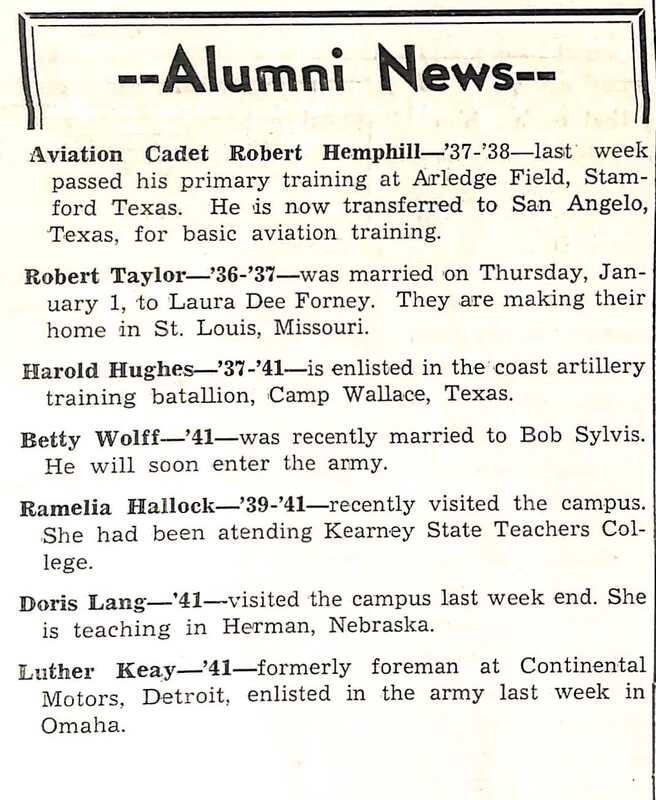 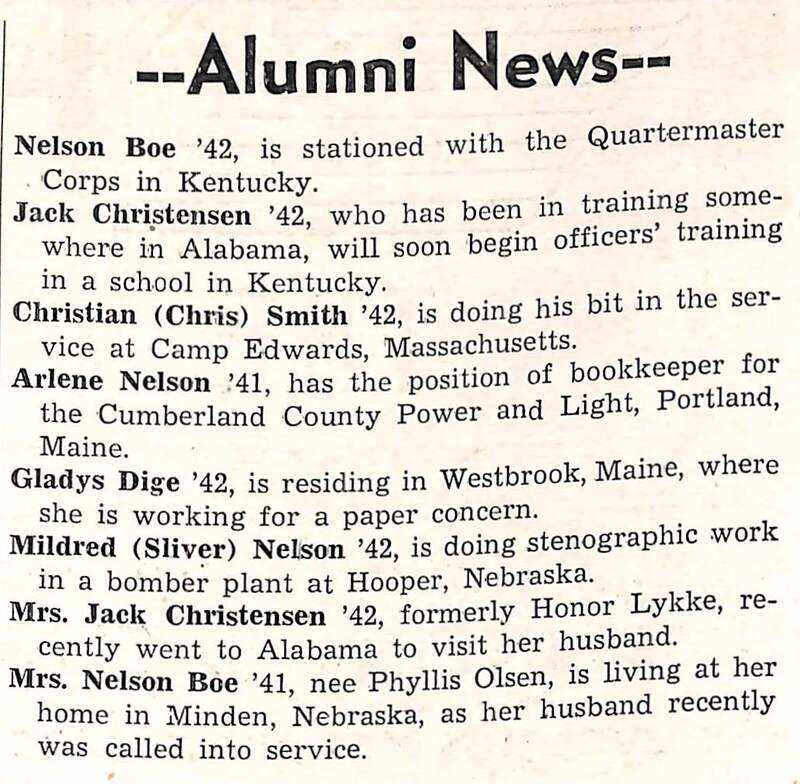 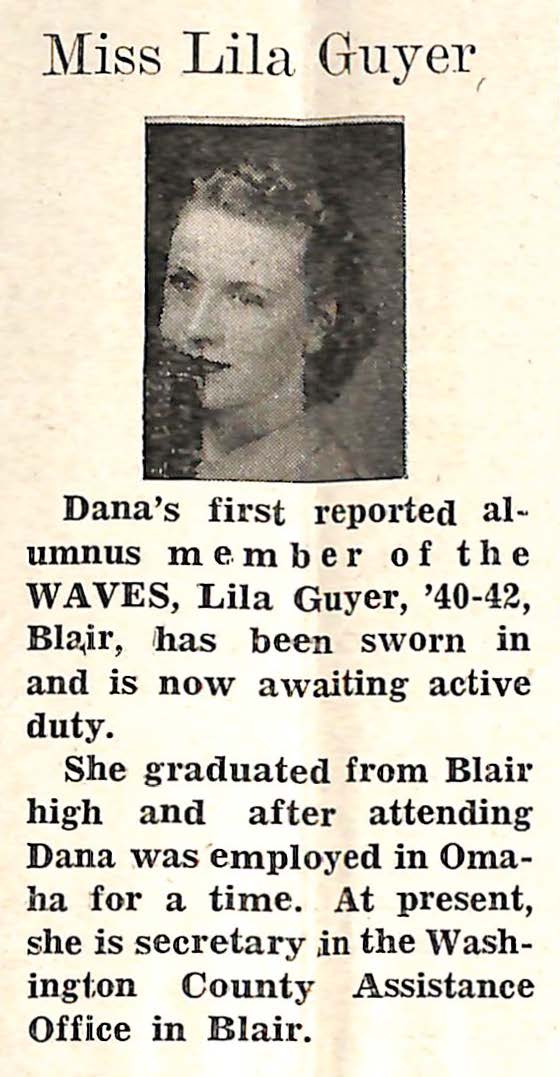 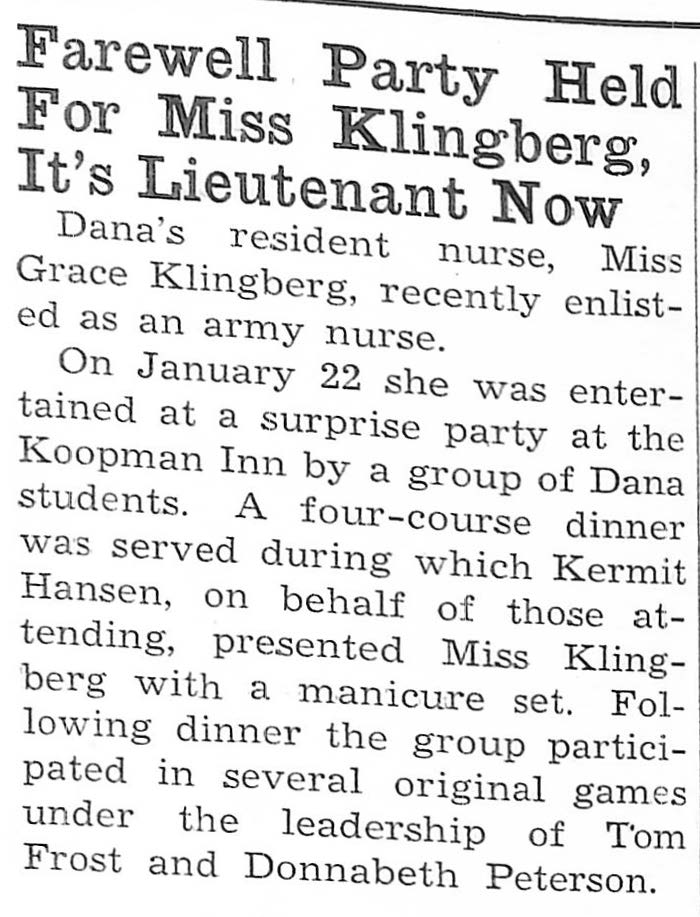 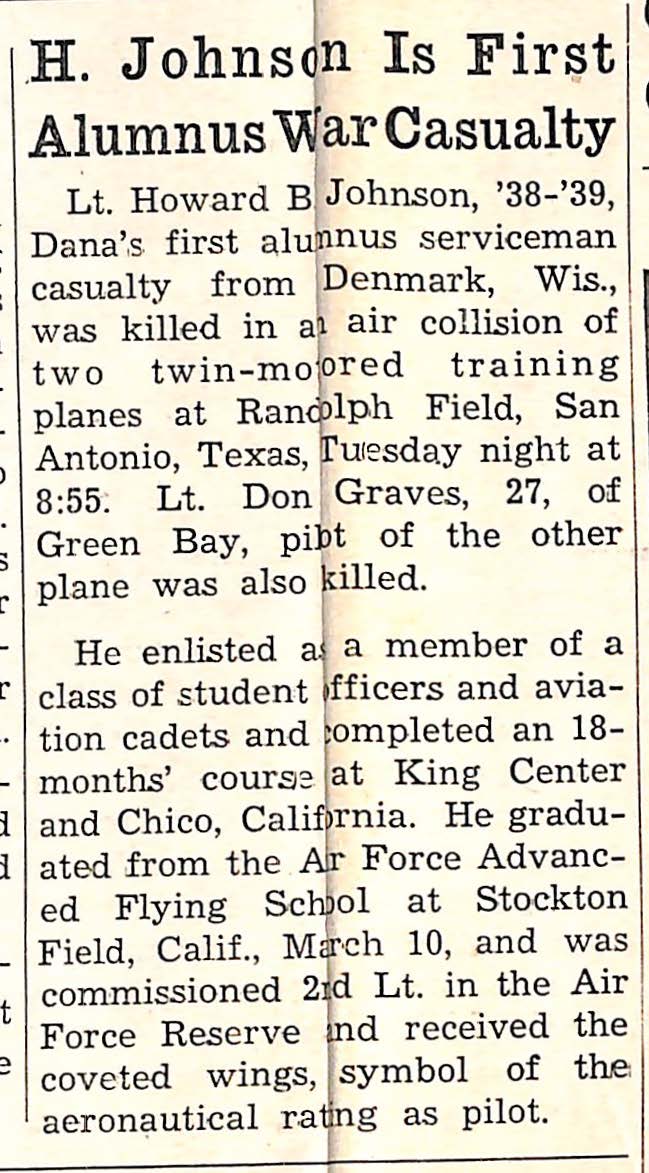 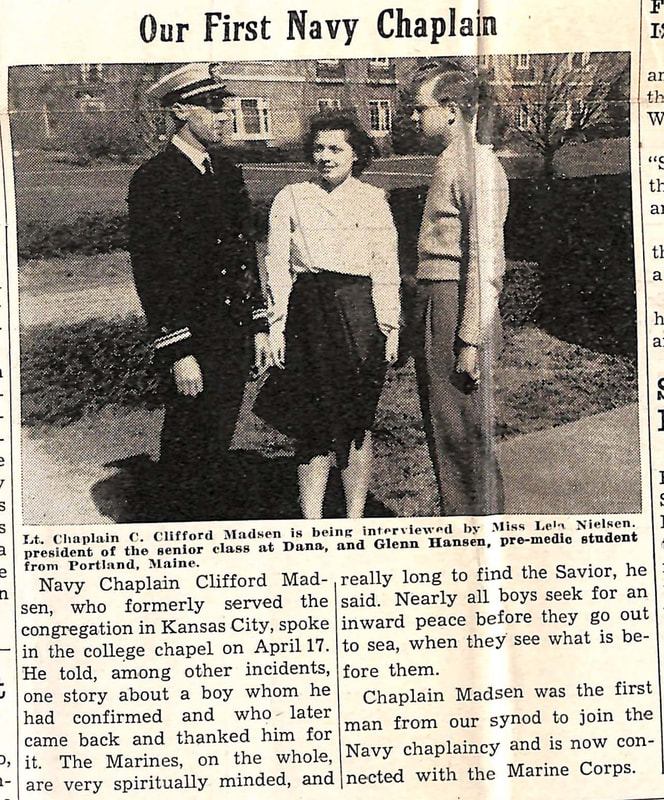 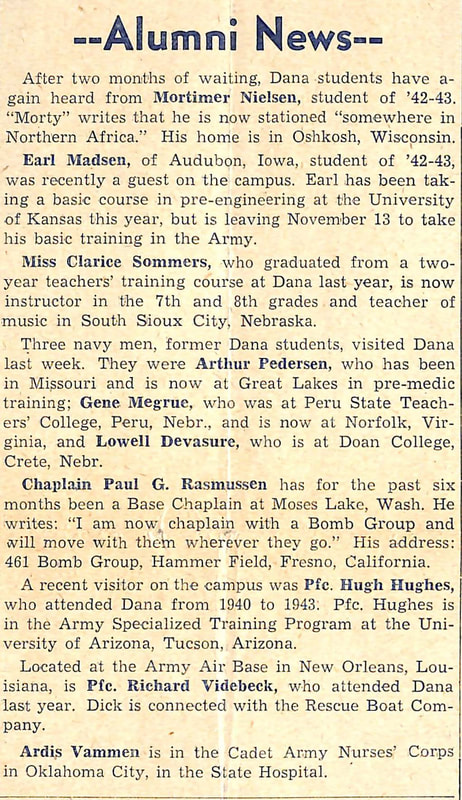 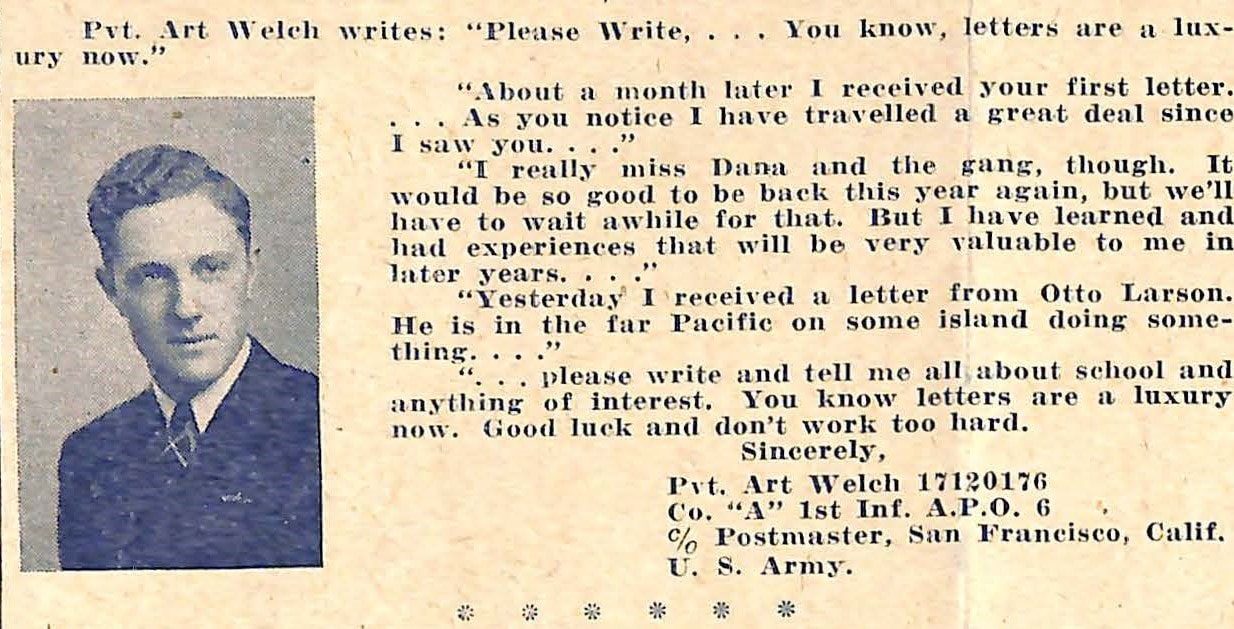 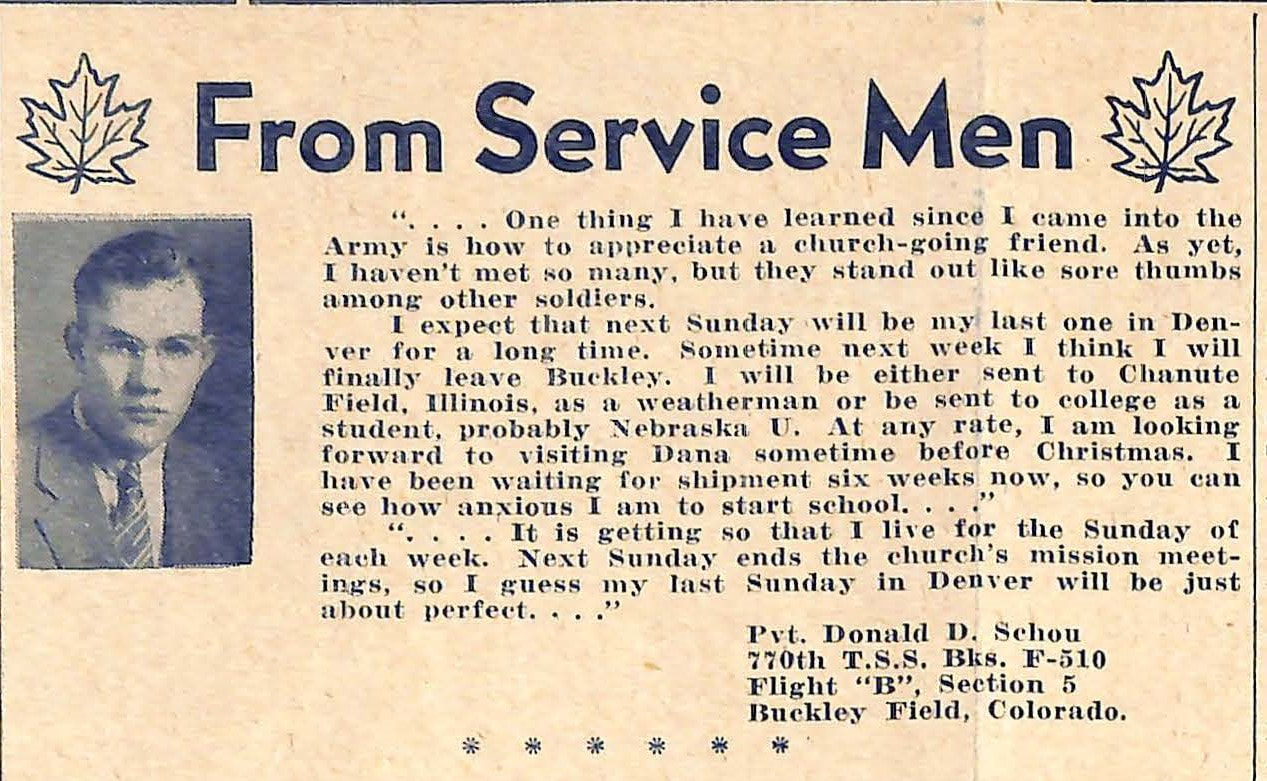 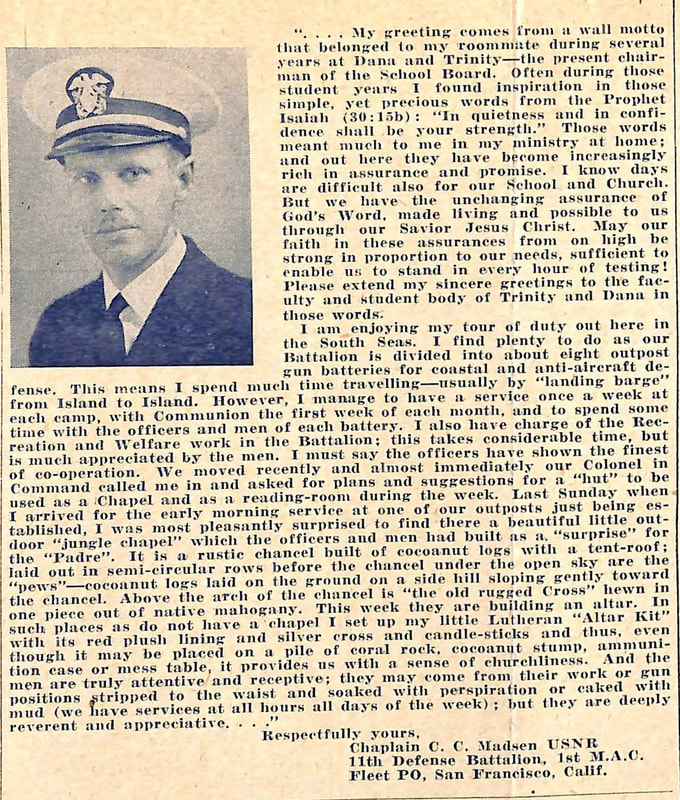 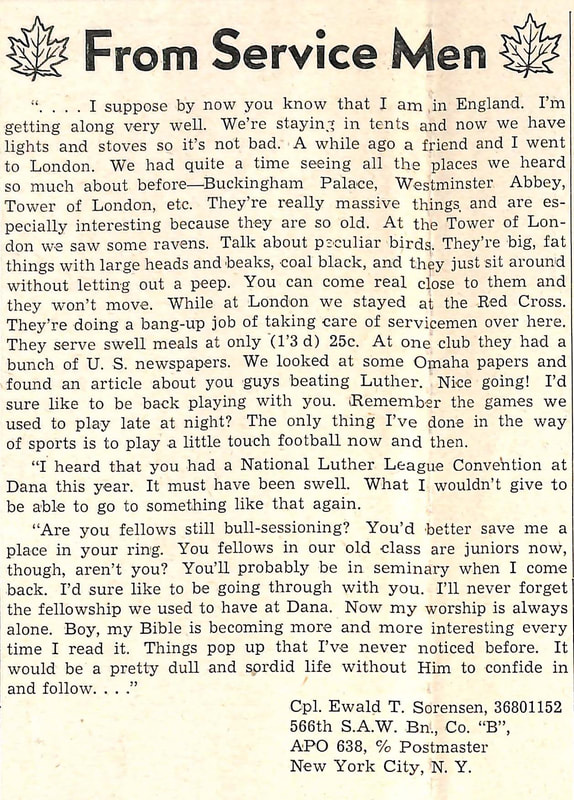 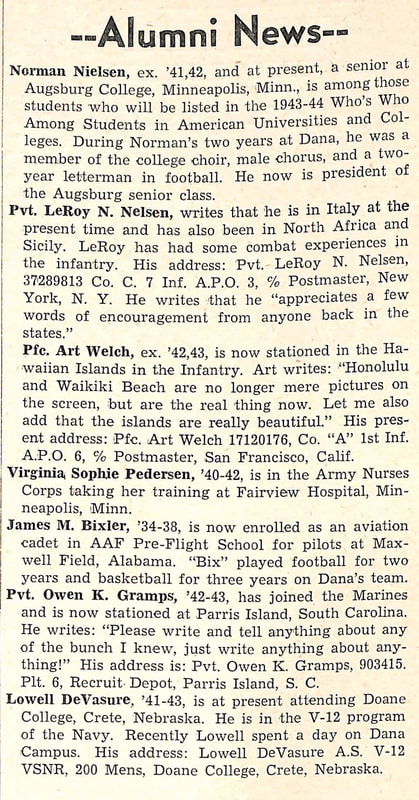 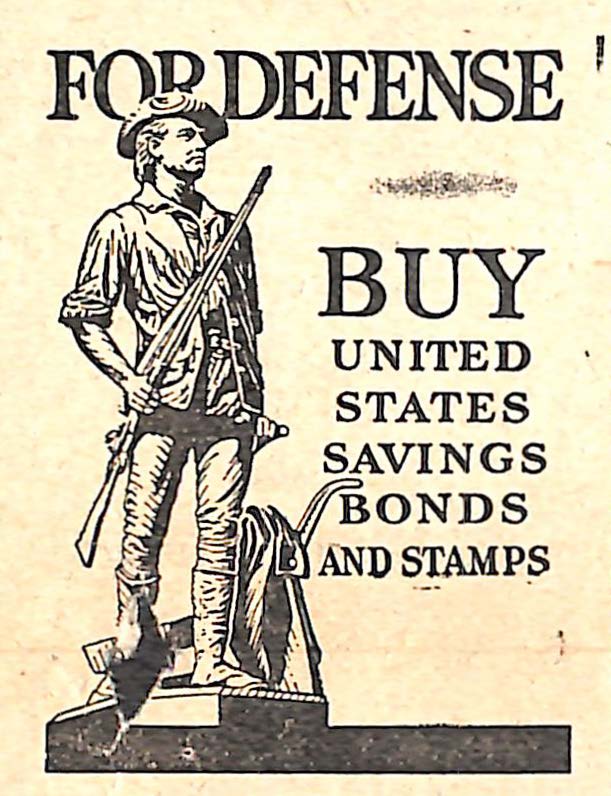 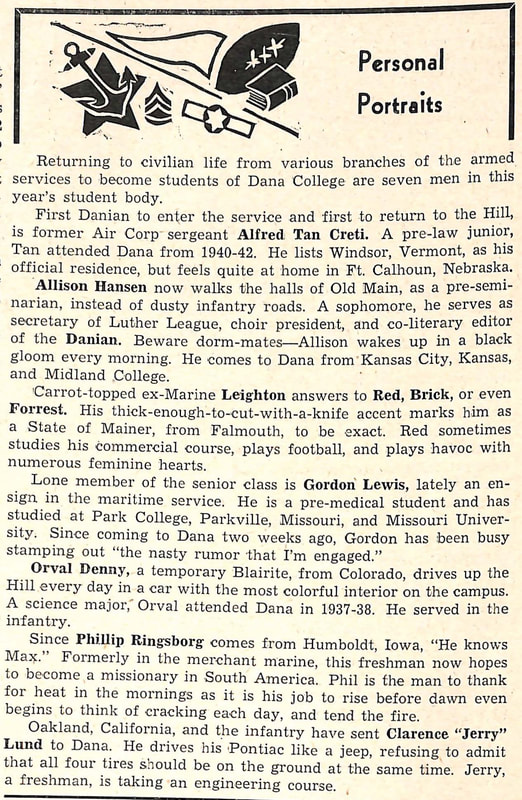 The program from the Danish festival in 1943 in Chicago reflects some of the ways the war impacted the Danish American community and how Danish Americans responded by supporting both Denmark and the United States. There's a note saluting the sons and daughters of Danish American homes serving their country, a program for a ceremony which contains a mix of Danish and American patriotic content, an ad for buying war bonds and war stamps, and an ad to help Denmark by sewing or knitting clothes. As part of the festival, Danish Americans donated two ambulances to the U.S. Army. Below is a selection of pages from the program. 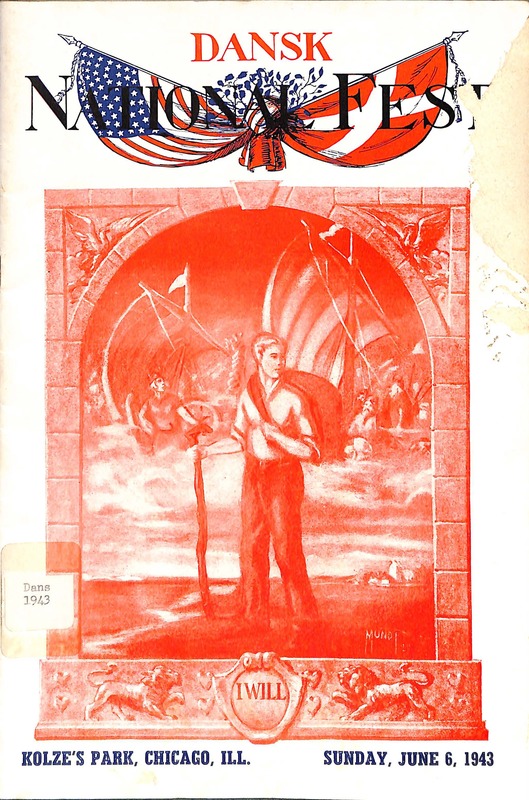 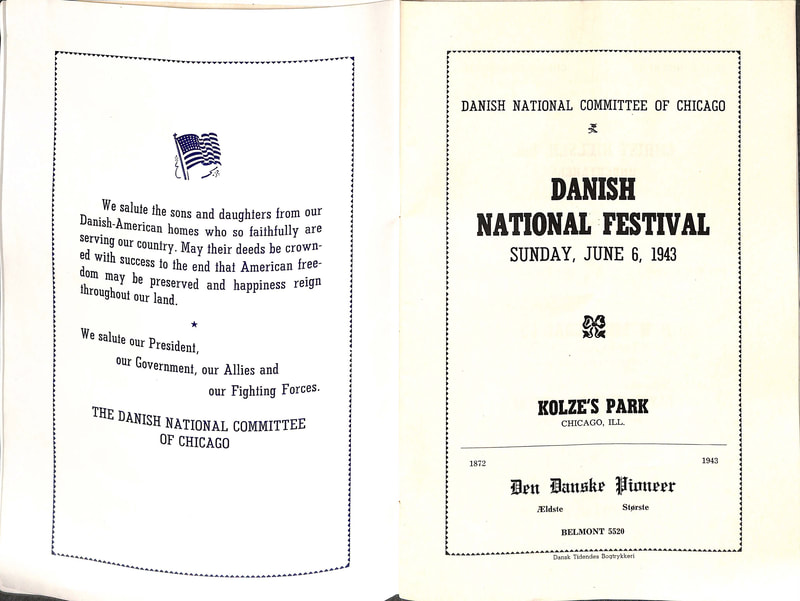 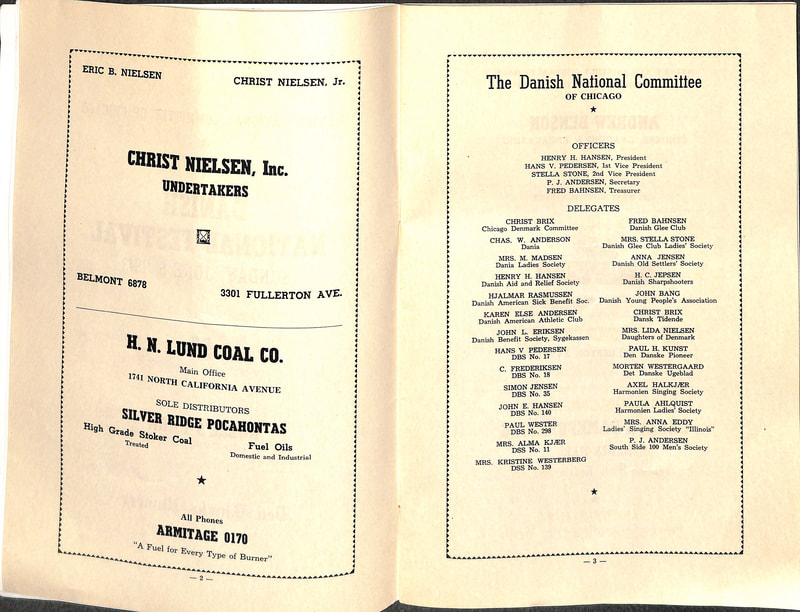 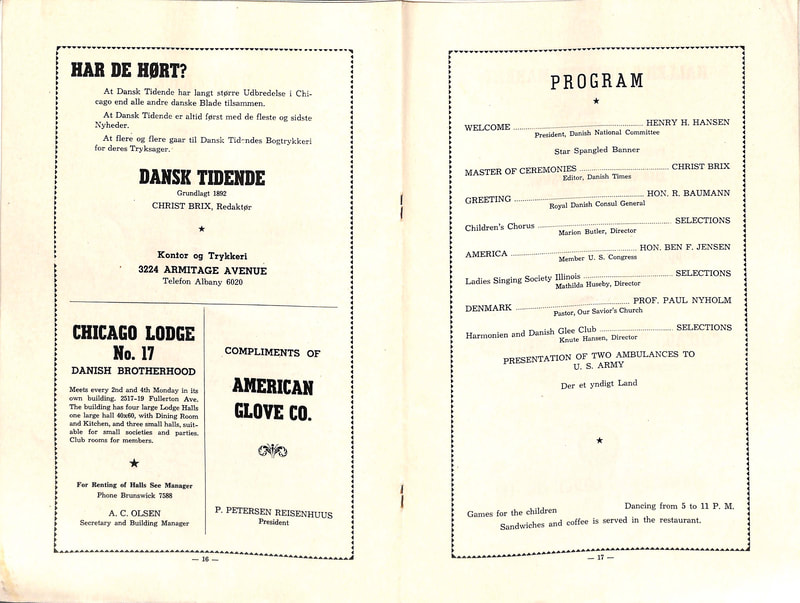 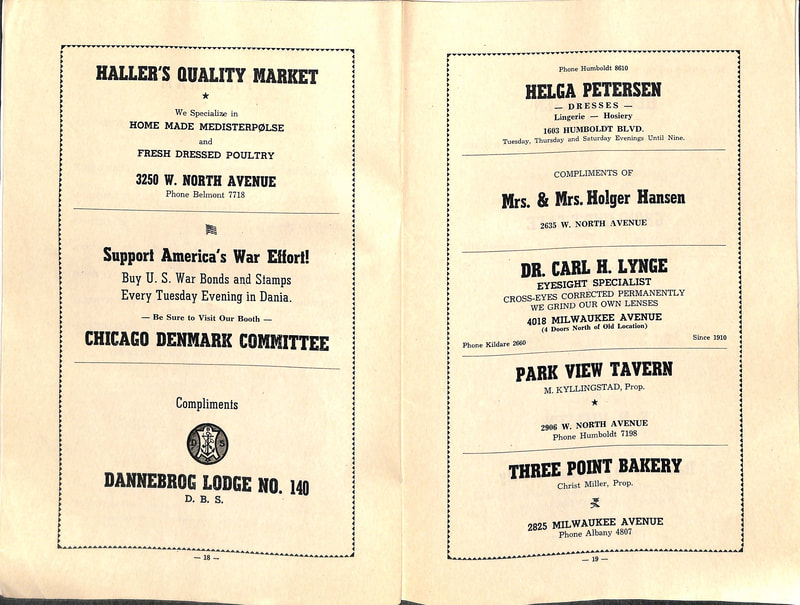 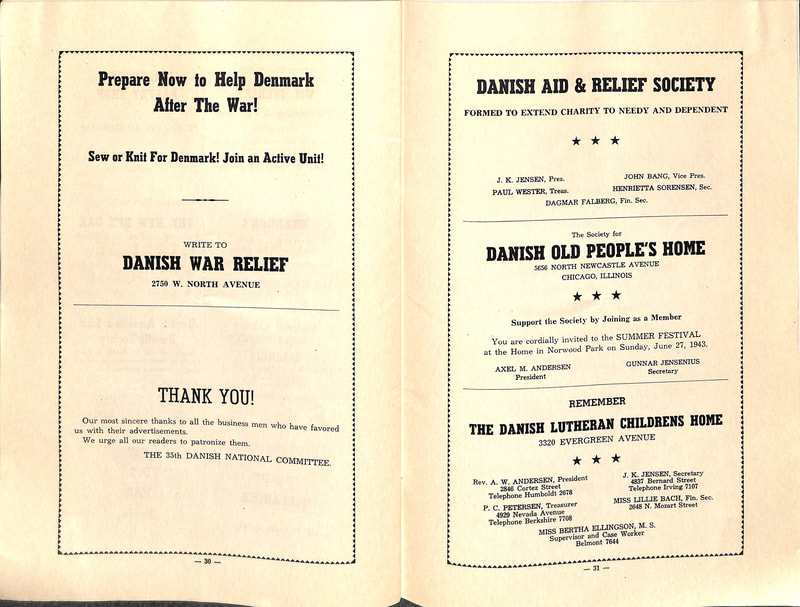